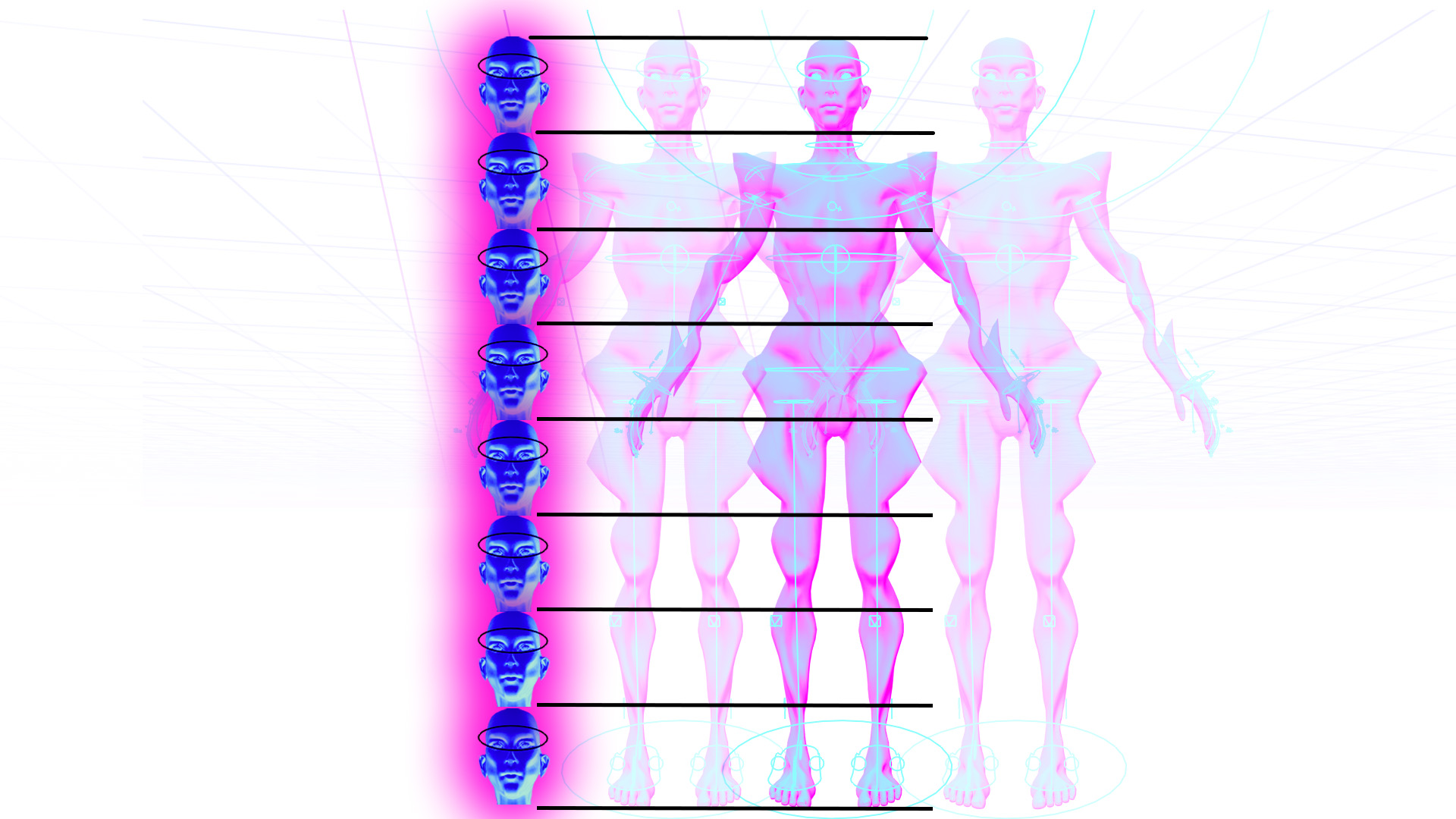 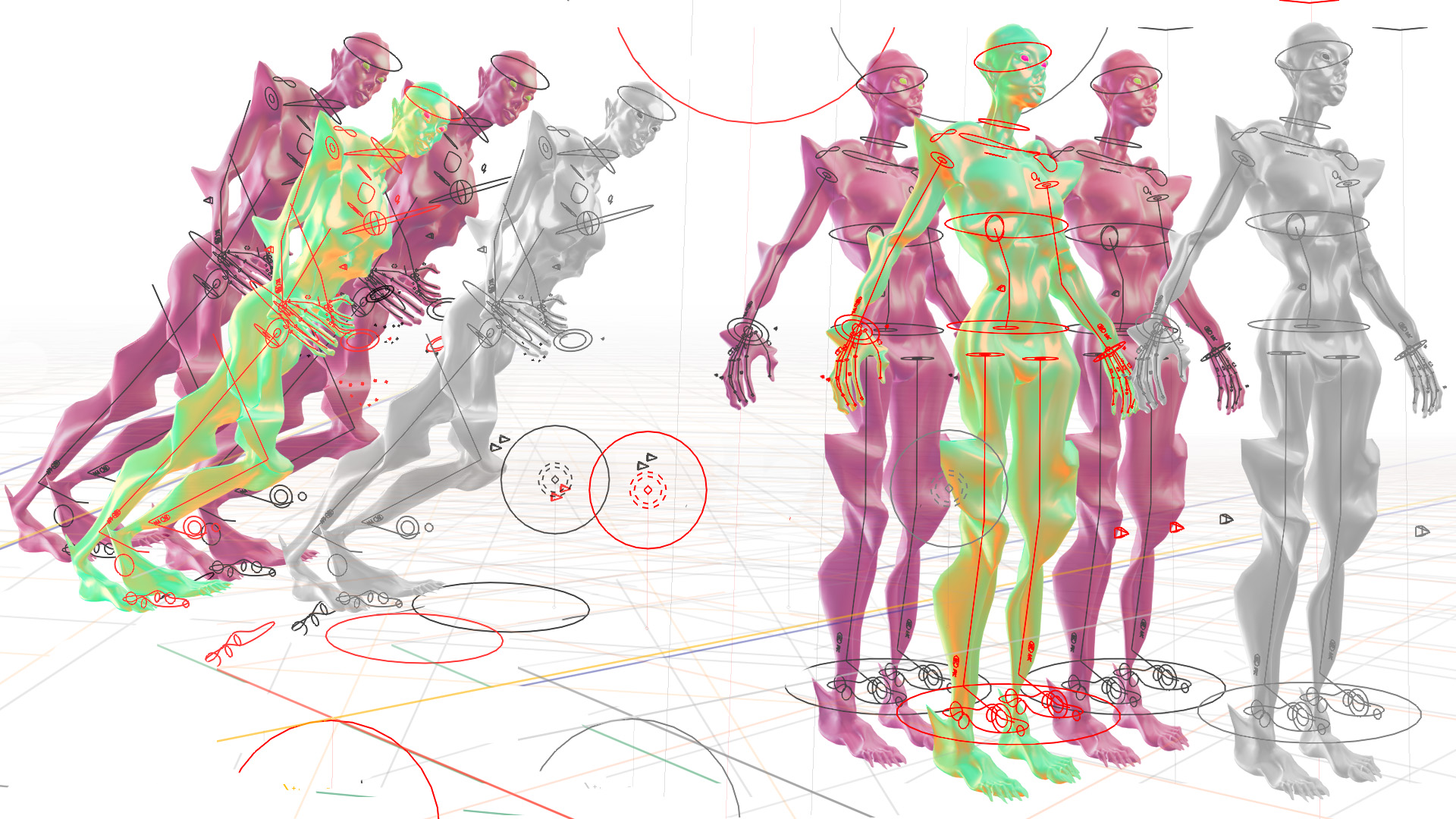 Measurements such as proportions; golden (goddess) ratio are well known in the notion of aesthetics. Similar in drawing societies, where drawing human beings is a challenge. Putting proportions in exact scale and angle is crucial.

But what if we are given the characters from outside our universe? Are they also considered as humans, and combined with golden measures? How do we wanna examine mutated bodies, when there are no proportion rules? Is there any possible comparison?

World has created many creatures in human minds. So in mine. I wanted to create the body with sculpting tools, and prepare a material, but what more - making the process of examining the new body was the most crucial . To consider, finding out some dependencies, facts, repeatable features.

As a result of my experiments, I have prepared graphics, 3D graphic animations and analysis in the form of video, which present the physical, proportional aspect of the unknown body. Preparing measurements, basic linear analyzes helped me to understand how the actual being was created.

Moreover, the process of developing the concept brought me to the raw idea of a possible environment for these bodies and their physical features. That is why I prepared 4 animations with aesthetics of white, empty background as a kind of not finished stage of examination, but as well I haven't closed myself for being open and letting the creatures leave the “test-tube” and live in another space. 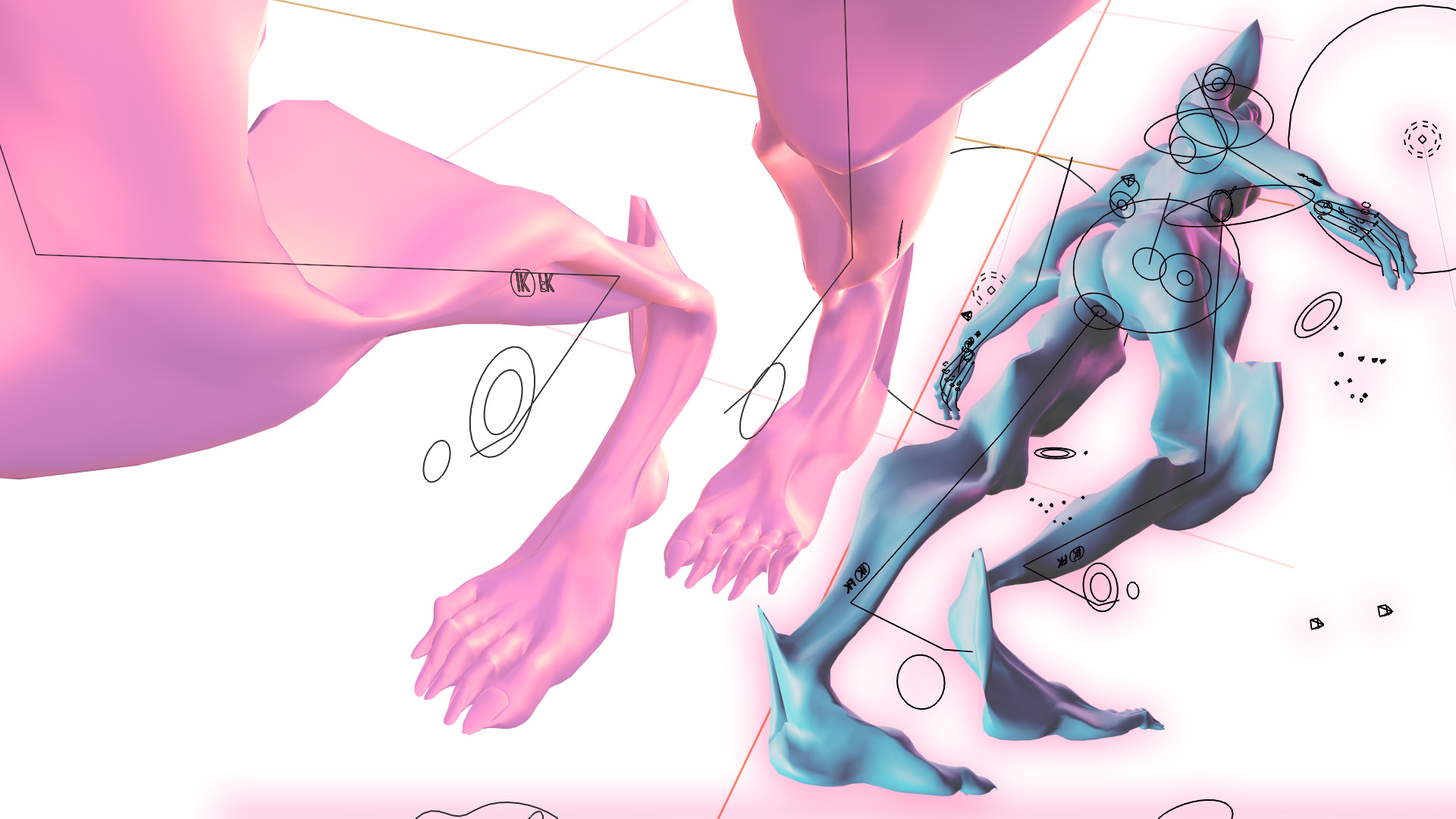 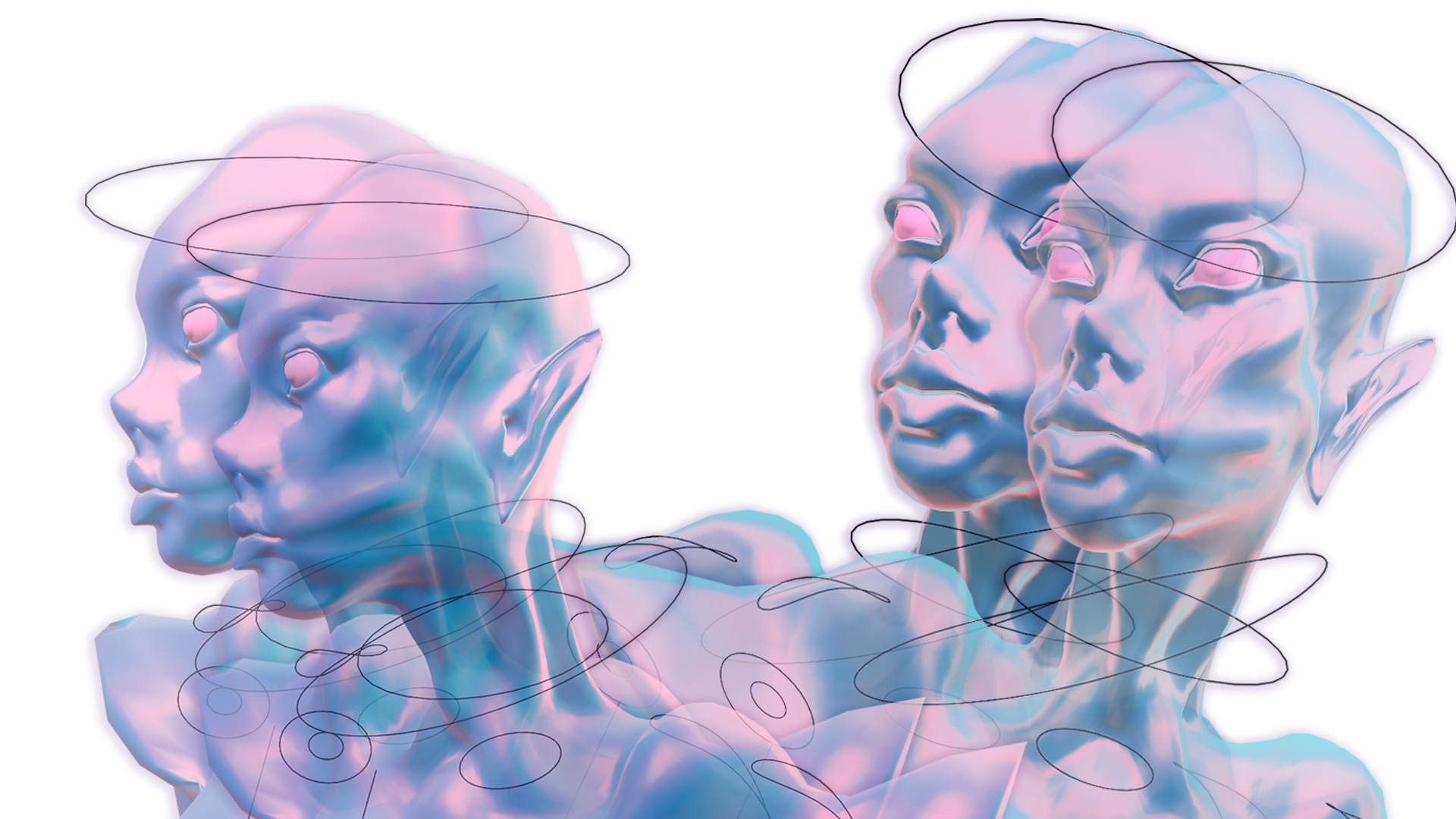 Creating, preparing, working, designing, planning are definitely named as my abyssal internal conversation, a discussion with uncountable sources of ideas that are so vivid in my imagination.

I am currently experimenting and exploring the wonders that the virtual and augmented worlds bring, in a sense of onirism. Dream desires, (un)conscious brainwork and creativity during night rest are visualised as softness in deformed masses, blurred, delayed movements, specific colouring like my safe, beautiful diverse shades of pink and other pastel or bright colors of forest fruits.

Recently my work has been based on building an environment where the audience will be able to explore my night escapade almost like a visit to the Neverland in 3D space - world of characters, styles, music and animations. I call it an ‘azil’, a refuge - a space where you can leave behind all your struggles and dive inside a safe environment which will provide you with a dreamy experience without any dark stimuli. I hope to raise “miraculous harbors” for people, who are in need of peace and endless fantasy. 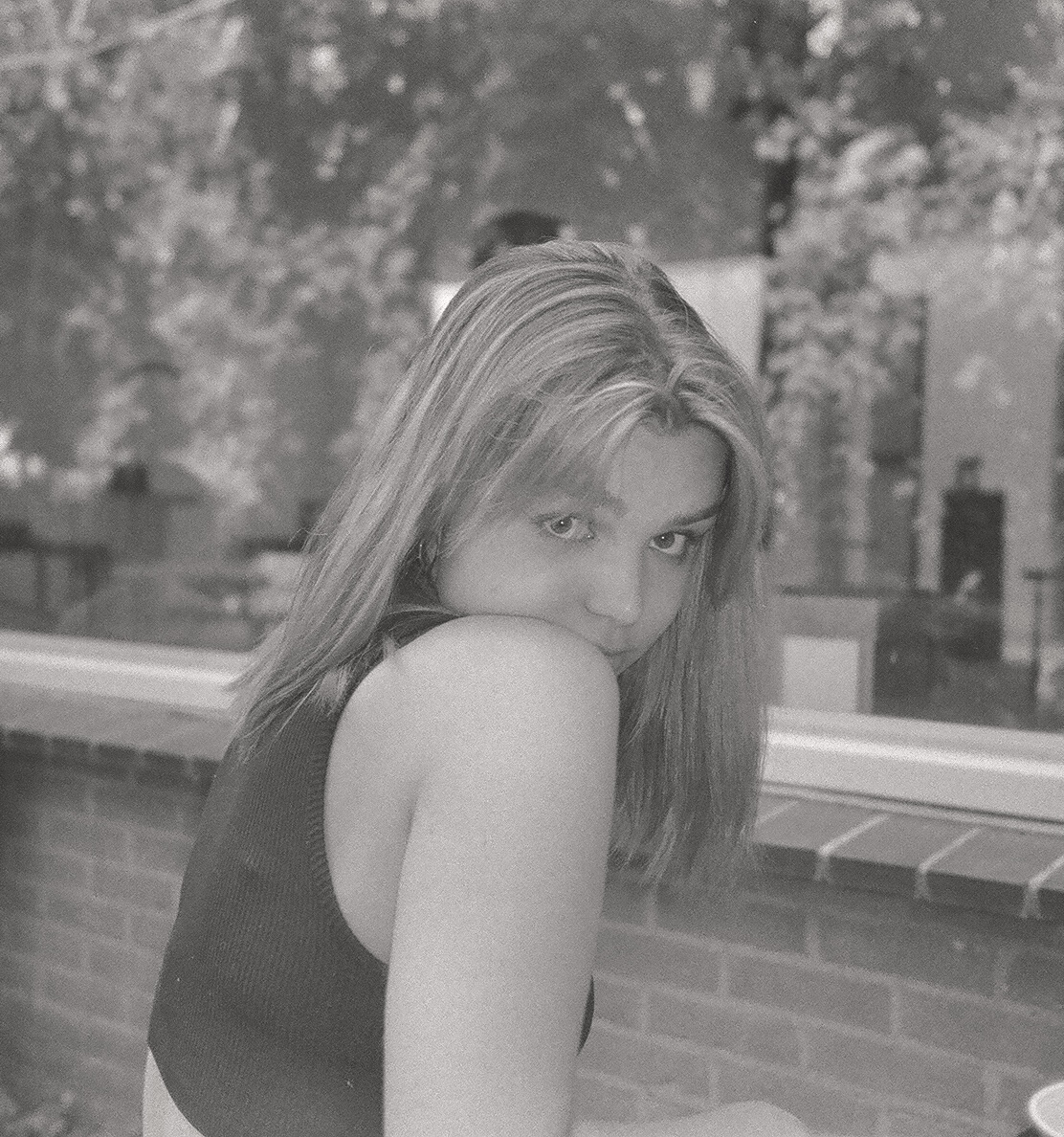 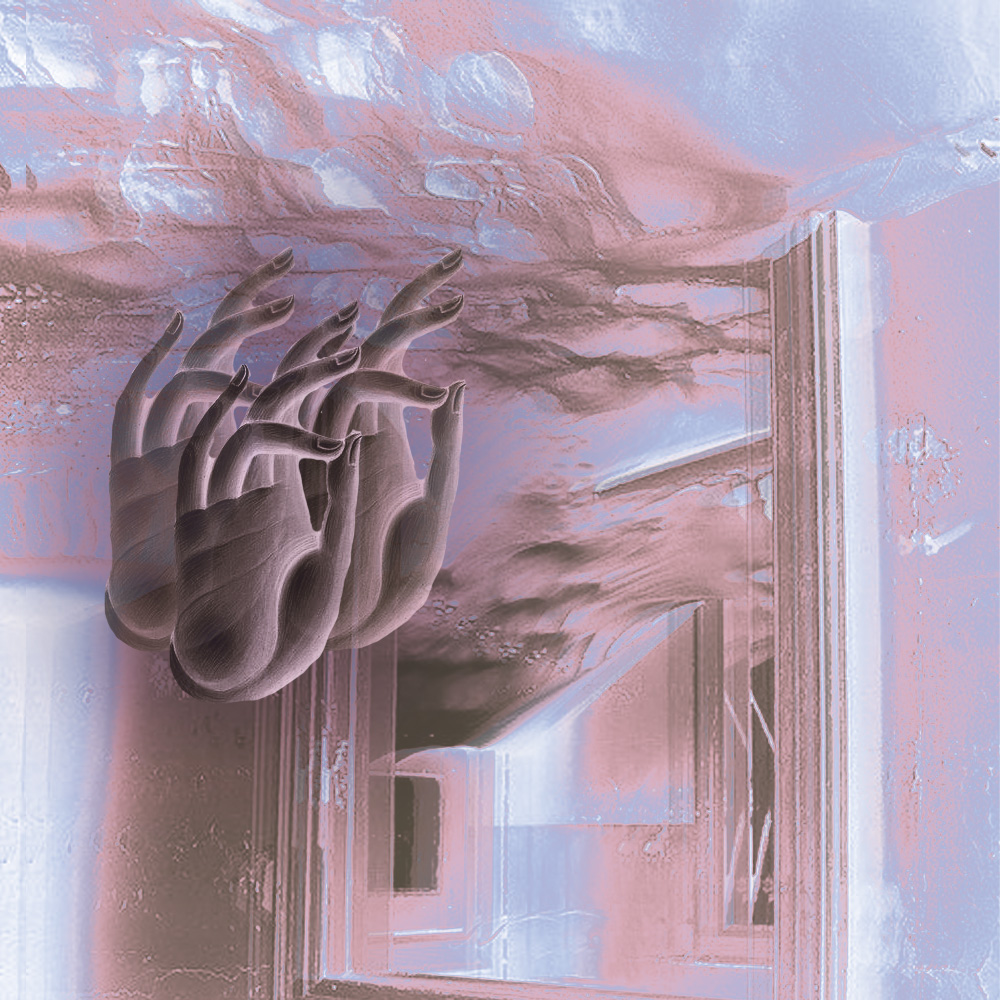 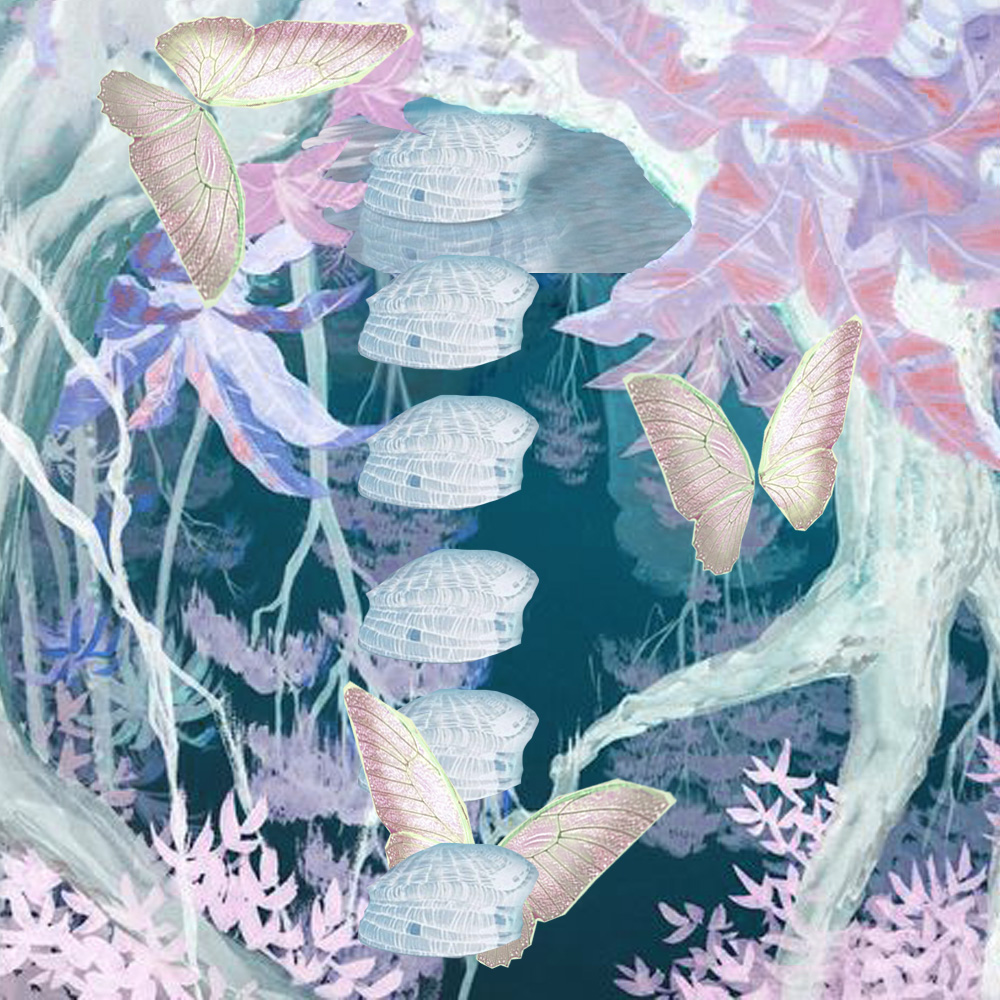 that is your personal bubble 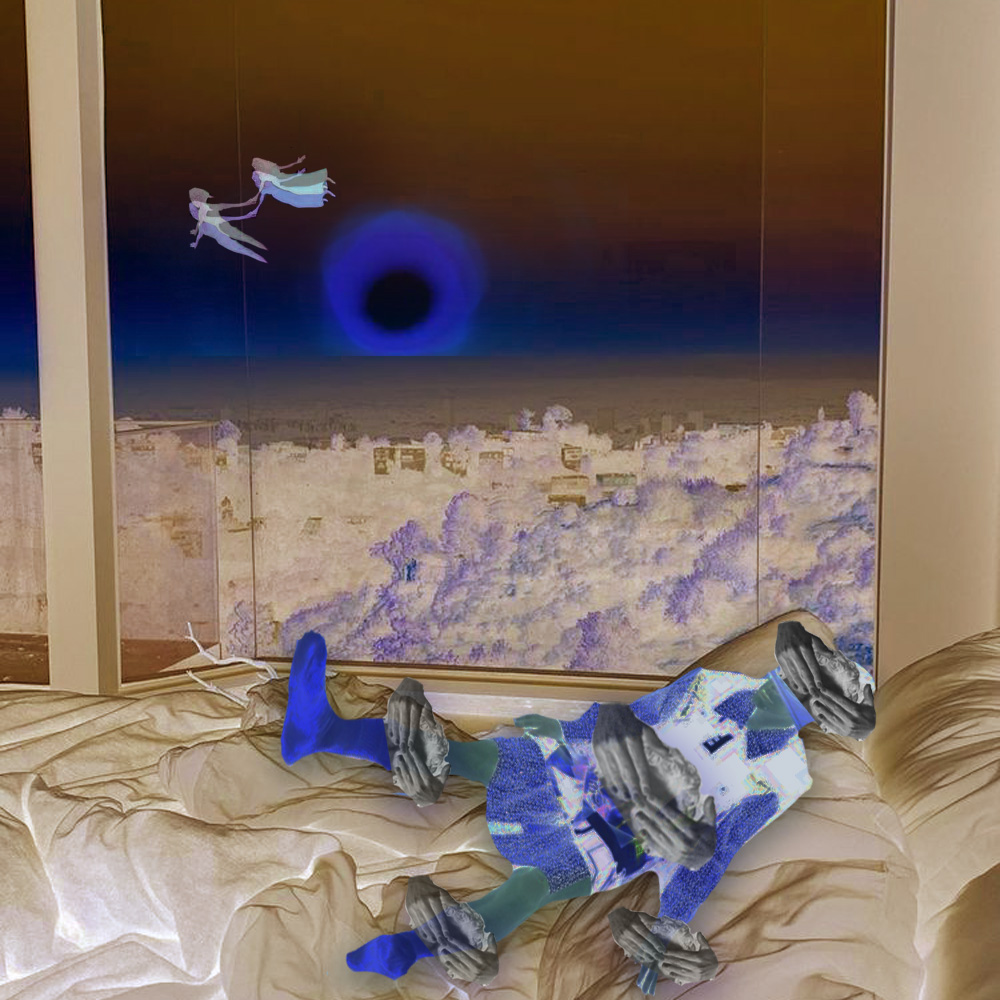 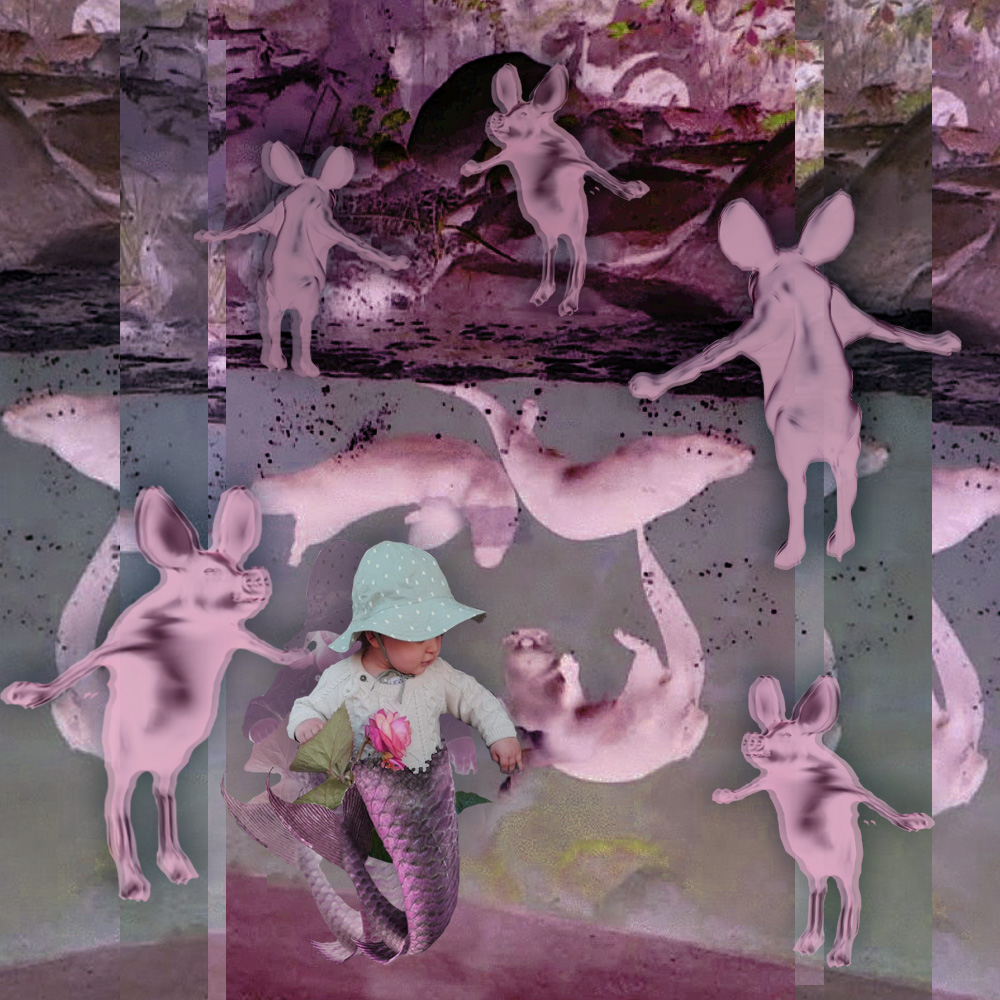 of pictures inside my brain

I wrote a series of writing pieces called ‘zzz’. Ten poems were built with 4-6 verses and their role is picturing my insides, specifically an oniric aspect which marked itself pretty visible on my mentality. All of the poems tell the story of my invented refuges where there is a storage of my fantastical desires, worries, reflections. This may be named as ‘my personal confrontation with my childish imagination’ and tendency to be drawn completely outside our faded world. I found my other personality.

The decision was made to dress up the series in a book - with illustrations, a whole design and let the people experience it with exact, touchable paper, not the flat screen. Feel invited to get to know ‘Zollection zof zoems’.

with notes from the throat

and a few tears

on my begging skin

in shadows of sunrise

before my coming back

for an innocent baby

woven from a fate

as a crucial life entrance

that is your daily destiny