MY OMA TOLD ME I WAS BAKED JUST RIGHT 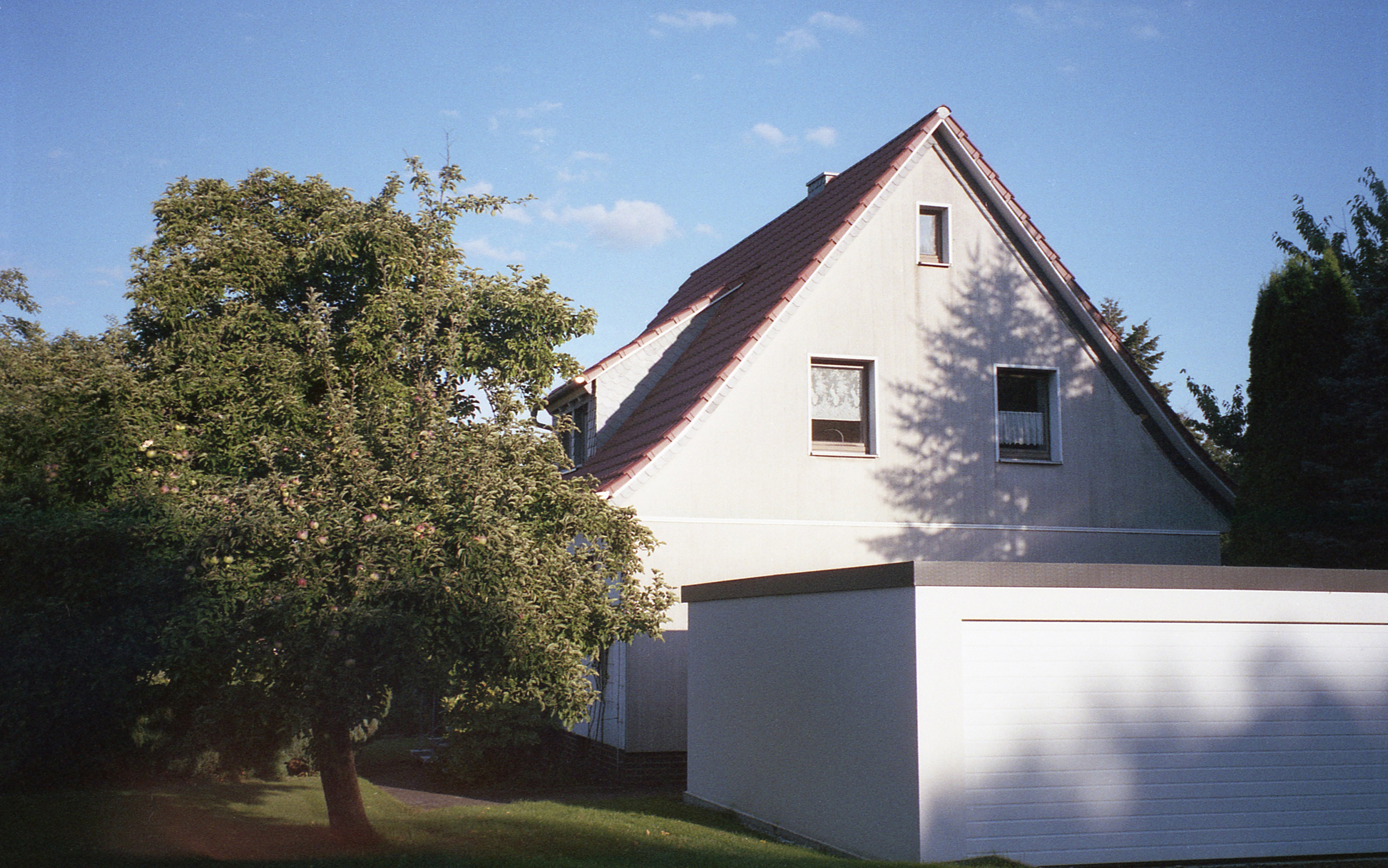 Growing up, my Oma always told my sister and me the following story:

My Oma told my sister and I this story to make our child minds grasp the concept of why our skins and appearance, in general, looked so different from that of our parents. She told us this story to make us feel more comfortable in our brown skin, to not question it, and to accept it. And though she meant well, this made-up story skirted the uncomfortable conversation of race that me and my sister were probably more in need of. 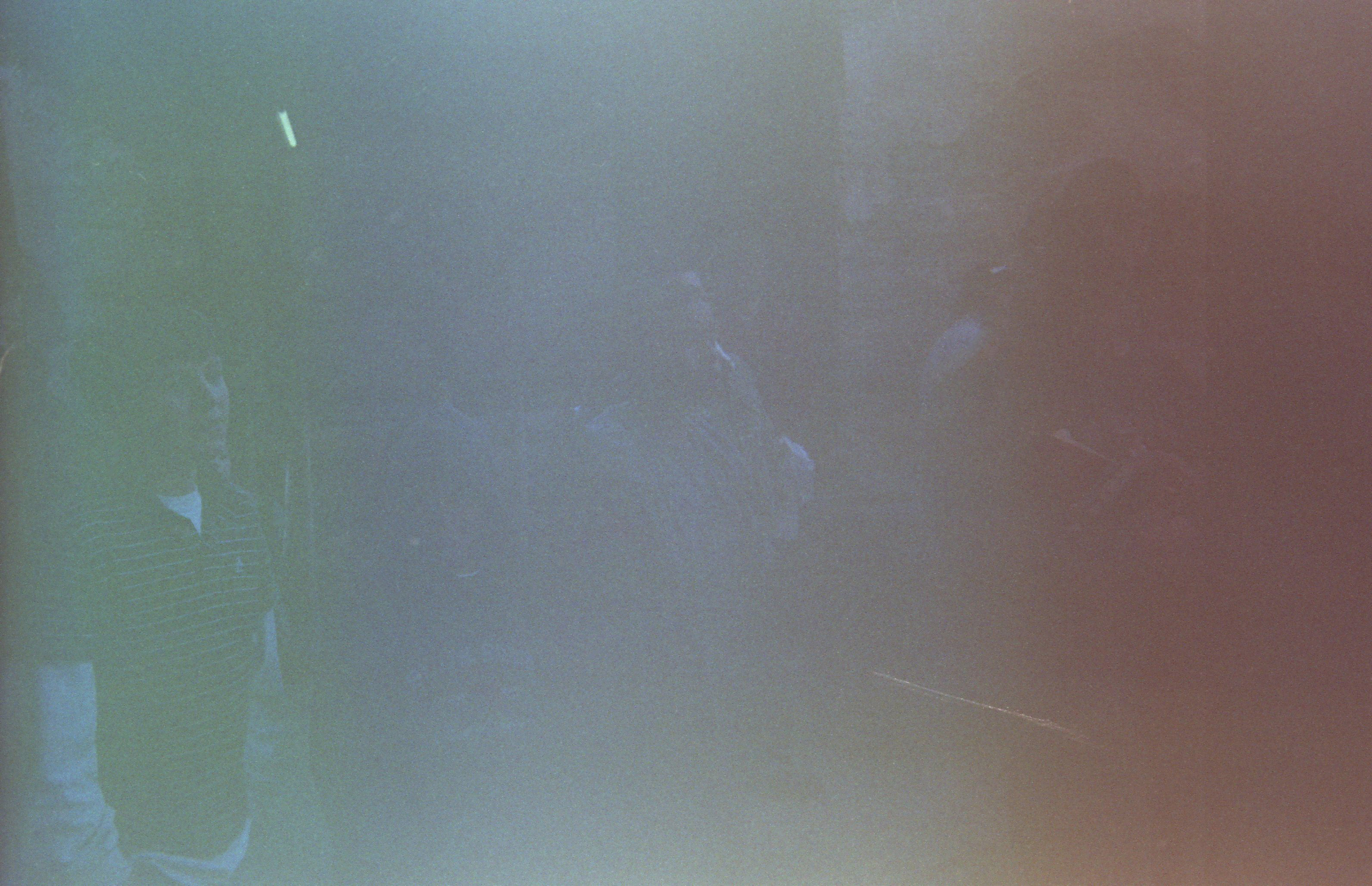 I don’t think much about Oma’s story. Still, now that I am older and somewhat far along in this world, living through all the structures, complexities, beauties, and problems of modern-day society, I understand why she felt the need to tell this made-up story to my sister and me. She wanted to protect us from that world. But protection doesn’t last forever, innocence doesn’t last forever, and I find myself nowadays wondering what would be if my Oma would have been less cute and more real about our family’s story, about what life had in store for me and my sister. Because this story is that of a dual nature, in that duality is a tension, a confusion, a journey, an ongoing process of learning, unlearning, growing, processing, unpacking, and, after what one might say has been too many years, eventual acceptance. 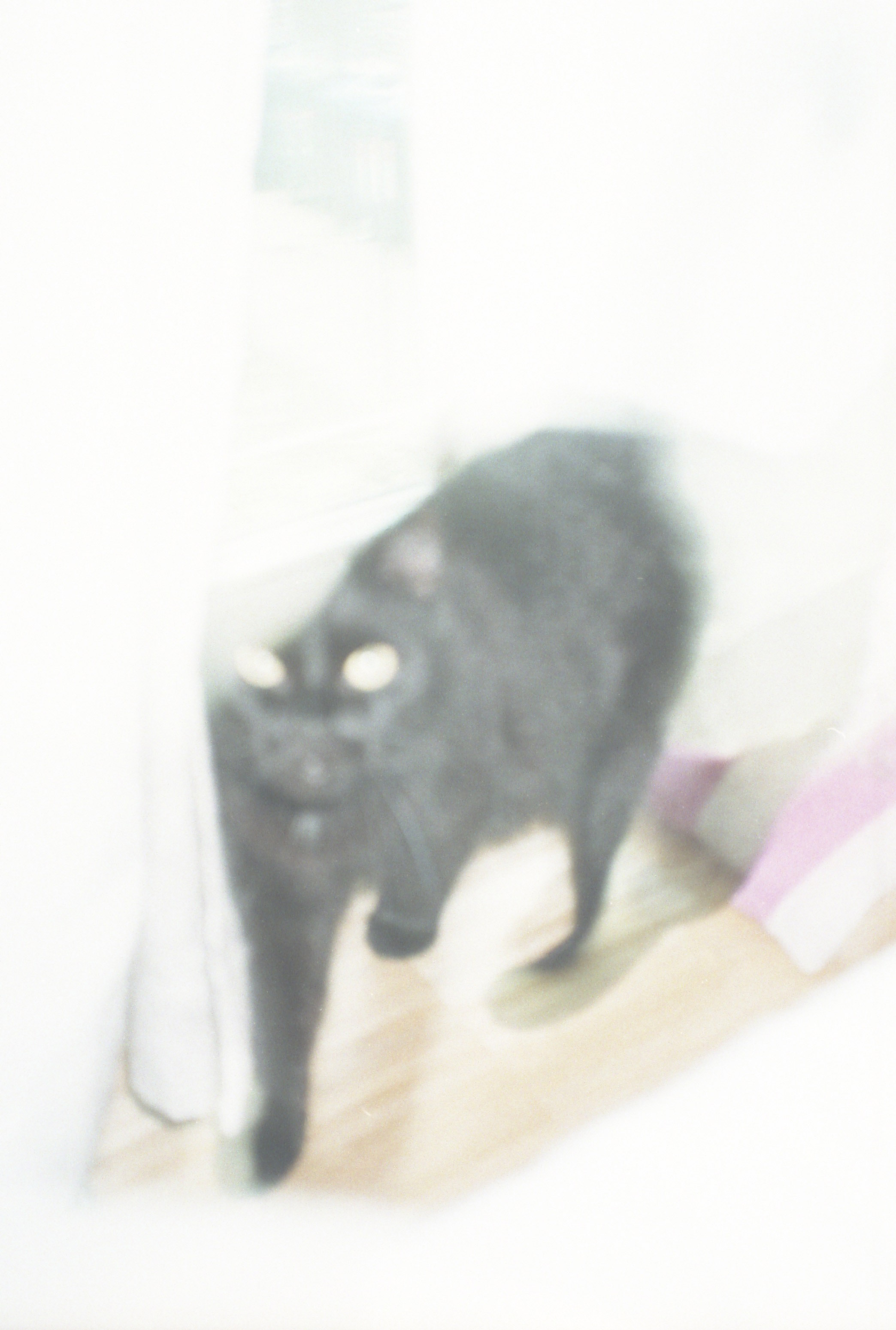 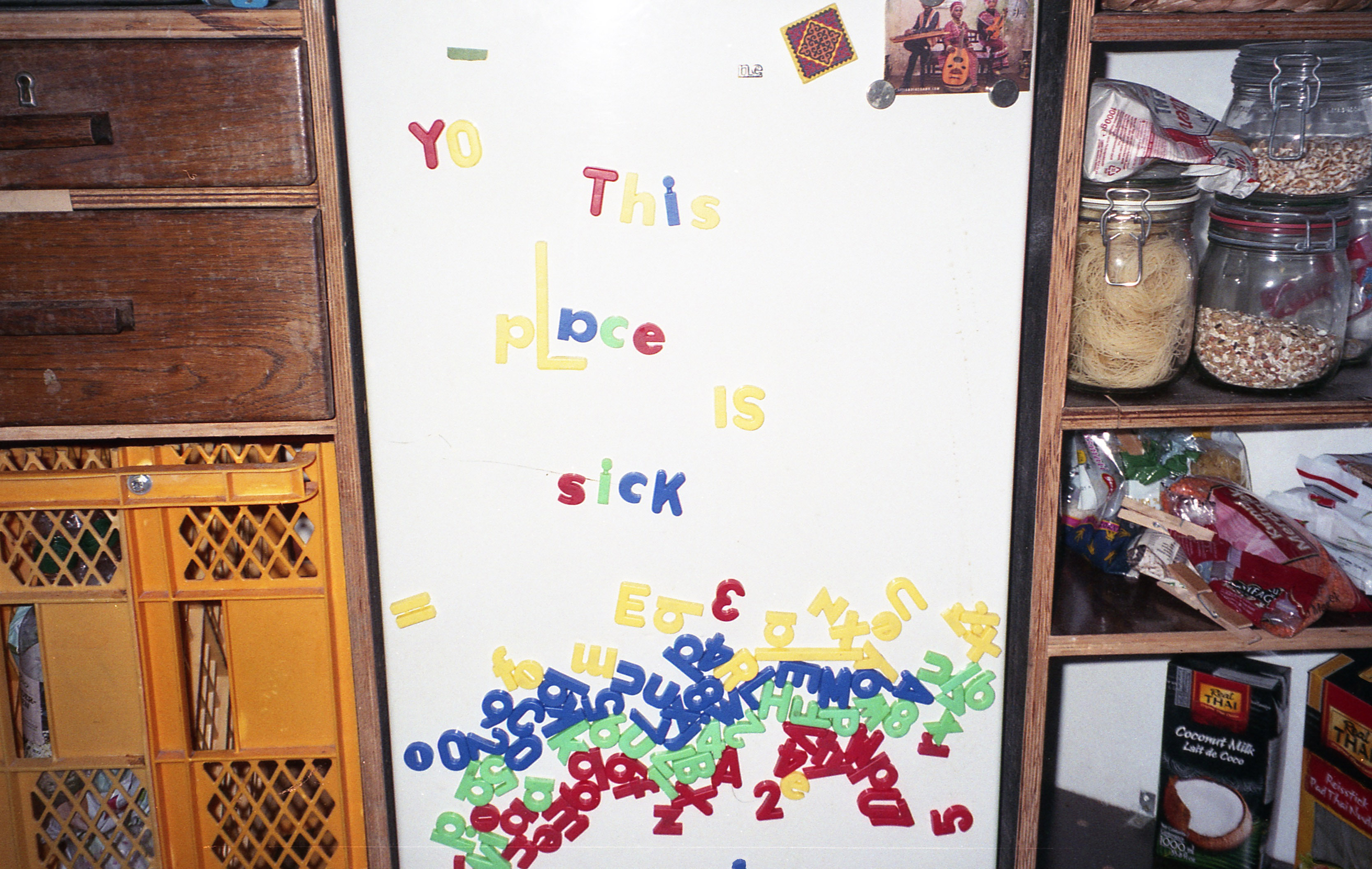 The images in this story, though shot years apart from one another, were all birthed at the same time. In the embryonic fluid that is the developing bath, five unlabeled rolls of film from my archive (and one stolen from my mom) were birthed into existence together on one day in February. What came from this analog sextuplet was an autobiography of sorts that touches on this dual nature of growing up across two cultures. The images seen here is merely a selection from this series.

My name is Dustin, and I am a German-Jamaican from Southern California. I am currently living and studying photography at the Royal Academy of Arts in The Hague, The Netherlands. My work is very much in connection with my body, my identity, and my life experiences. As a photographer, I live by the adage, “You just have to live, and life will give you photos.” I try to document my life and surroundings as much as I can through analog photography, processing and developing the film months, sometimes years later from the time the image was made. Thus, the photographic medium becomes a way to explore my past and present self simultaneously. I am curious about the private spaces and everyday existences of other people, particularly when it comes to those experiences that one might label as mundane. By observing and experiencing the realities of those around me, I hope to become more conscious and critical of my own existence and the structures that shape it. Only by becoming aware of these structures and norms can I begin to question them. I hope to confront my audience with the lives and eyes of others so that they might, in turn, question their ways of being. Through conversation, I connect with the world around me, documenting people’s quotes as much as I can. I use humor and storytelling as a means to share experiences with the goal of making the world feel lighter. Performance and audiovisual are ways through which I try to tell stories when the staticness of the still image fails me. I obsessively document objects, body parts, and other random materials through my photographic scanner. In my working process, I try to embrace the inevitable mistakes that are sure to come, seeing these more as unpredictable mutations that help in the evolution of my work. I do not believe in the idea of the autonomous artist, so I engage in collaboration as much as possible.

The second segment of the exhibition contains nine works made within the last two years that reflect my nature as an artist and a maker. Reflecting my own chaotic and disorganized nature, this crowded assemblage of video, performance, photography, and scanned works will (hopefully) give a visitor insight into what my artistic practice is about and where my current field of interests lie. 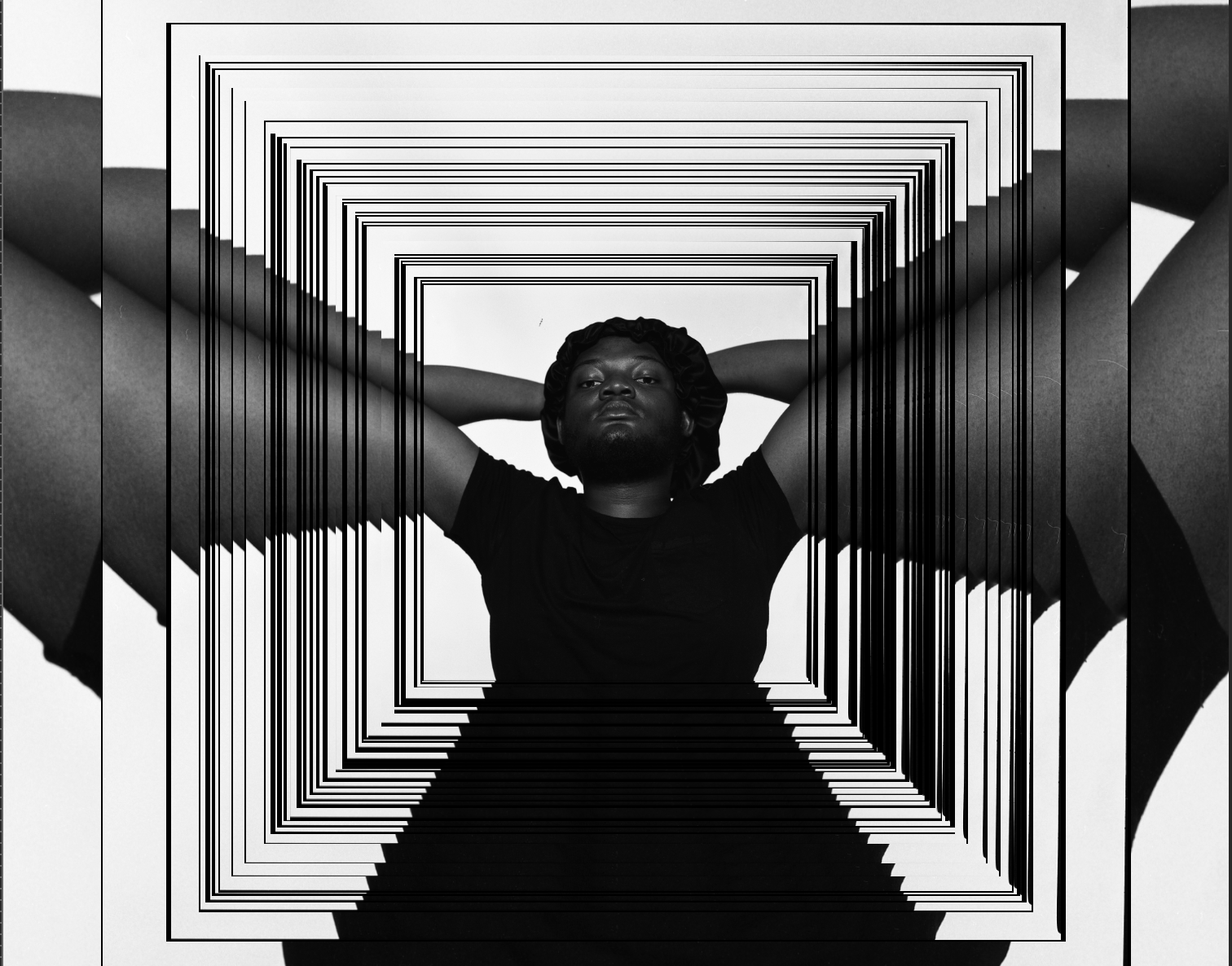 VIDEO DESCRIPTIONS (in order of appearance)

2. you don’t notice what you miss, video, in collaboration with Faria van Creij-Callender (2020) How often do you stare into the eyes of another person? When you do, how long do you stare? A couple of seconds? A minute? With this work made together with Faria, we give you the opportunity to share a moment, to share an elongated stare with a stranger. How long can you last?

3. meet me in the sunshine, video, in collaboration with Angelina ‘frutto’ Nonaj (2021) In the height of Dutch winter, two strangers connect through a rare moment of sunshine. (Song: ‘Drift’ by Ratatat)

4. The Sleep Tourist at Maddie’s, video, made in the room of Madeline Swainhart (2021) ‘sleep tourism’ (noun) the act of entering people’s rooms when they are away and sleeping in their beds. “I made a sleep tour of Jamil’s room, and I feel so much better now.”

While this is a very base-level definition, sleep tourism is much more than just sleeping in people’s beds. It is an investigation, an exploration of both the other and the self. While the owner is away (and with their consent, of course), a sleep tourist can step into the habitat that is the day-to-day existence of another. In this intimate, private space is the entire life of a person. It is displayed on the walls; it hangs in the closet, it sits on the bookshelf, it hides in the drawers. Through the act of napping (or sleeping depending on the time of day you embark on your tour), the sleep tourist has a chance to reconnect with themselves, to let their guard down and wake up in a foreign space refreshed and ready to explore, content to become an ignorant and excited tourist to the life of another. On March 22-26, I embarked on my first sleep tour. Over the course of these four days, I napped and slept in nine different beds. My interaction with these spaces changed as the spaces themselves changed. In the room of Maddie, the sleep tourist becomes the caretaker of two babies. He feeds, educates, and gives some good ol’ German love to the kids. Is his role that of a mother, a father? A babysitter? Perhaps an Oma? Through these shifting roles, the sleep tourist tries to make the audience reflect on their own constructed perception of traditional parenting roles and urges them to ask themselves, “If they had to raise a newborn in 2021, what would they teach them?”

5. what a life to be a dog in Den Haag, video (2020-2021) The story of a discontented dog living in Den Haag who is searching for something, but he is not quite sure what that something is… - written & directed by Dustin James - director of photography Julian Wnuk